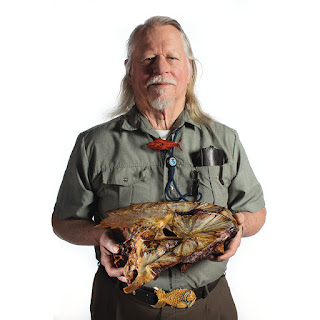 In 1960, Bruce Collette accepted a position as an ichthyologist at the National Systematics Laboratory in what is now NOAA’s National Marine Fisheries Service, housed in the Smithsonian’s National Museum of Natural History. Bruce’s research focuses on the anatomy, systematics, evolution, and biogeography of tunas and their relatives plus other fishes such as halfbeaks, needlefishes, and toadfishes. Results of his research have been published in nearly 400 papers in many scientific journals plus two regional fish books, The Fishes of Bermuda and Bigelow and Schroeder's Fishes of the Gulf Of Maine. His ichthyology textbook The Diversity of Fishes is now in its second (2009) edition and is the most widely used college-level ichthyology text. He is Chair of the IUCN Species Survival Tuna and Billfish Specialist Group. He is a past President of the American Society of Ichthyologists and Herpetologists and has earned many honors, such as the first Robert H. Gibbs Memorial Award for an outstanding body of published work in systematic ichthyology, the Joseph S. Nelson Lifetime Achievement Award in Ichthyology, and a Gold Medal from the US Department of Commerce for his leadership in using IUCN Red List standards to assess extinction risk of tunas, mackerels, and billfishes. Retired from NOAA, Dr. Collette is now a Research Associate of the Smithsonian Institution. 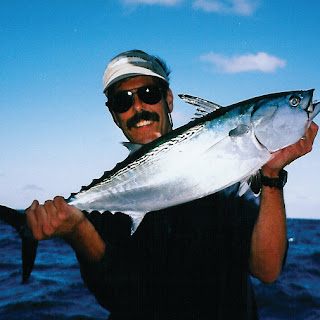 John Graves is Chancellor Professor of Marine Science at the Virginia Institute of Marine Science (VIMS), College of William & Mary, and served as Chair of the Department of Fisheries Science for 20 years.  John’s research focuses on fisheries genetics and the fate of fishes released from recreational and commercial fisheries, with an emphasis on highly migratory species.  He has been the advisor or co-advisor for 39 graduate students at VIMS and authored more than 120 papers.  John is currently serving his twelfth consecutive two-year term as Chair of the US ICCAT Advisory Committee, and he has been a member of the NMFS Highly Migratory Species Advisory Panel since its inception in 1997.  John’s awards include the Virginia Outstanding Faculty Award, William & Mary’s Graves Award for Sustained Excellence in Teaching, an NOAA Fisheries Special Recognition Award, and Sportfishing magazine’s Making a Difference Award, and he was inducted into the International Game Fish Association’s Hall of Fame in 2016.  He is an avid angler and wishes for more time to be on the water. 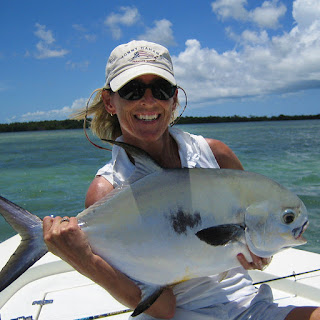 Val Kells is a widely recognized freelance Marine Science Illustrator. She completed her B.S. in Environmental Studies and her formal training in Scientific Communication and Illustration at the University of California, Santa Cruz, in 1985. She has worked with designers, educators, and curators to develop a wide variety of illustrations for interpretive and educational displays in over 30 public aquariums, museums, and nature centers. Val also collaborates with editors, ichthyologists, and fisheries biologists, and her work has been published in many books and periodicals. She recently illustrated and co-authored A Field Guide to Coastal Fishes: From Maine to Texas and its companion, A Field Guide to Coastal Fishes: From Alaska to California. She also illustrated Field Guide to Fishes of the Chesapeake Bay and illustrated, designed, and co-authored Field Guide to Freshwater Fishes of Virginia. All five books were published by Johns Hopkins University Press. Val is an avid fisherman and naturalist and spends her off-time exploring, fishing, and documenting aquatic habitats along the coasts.